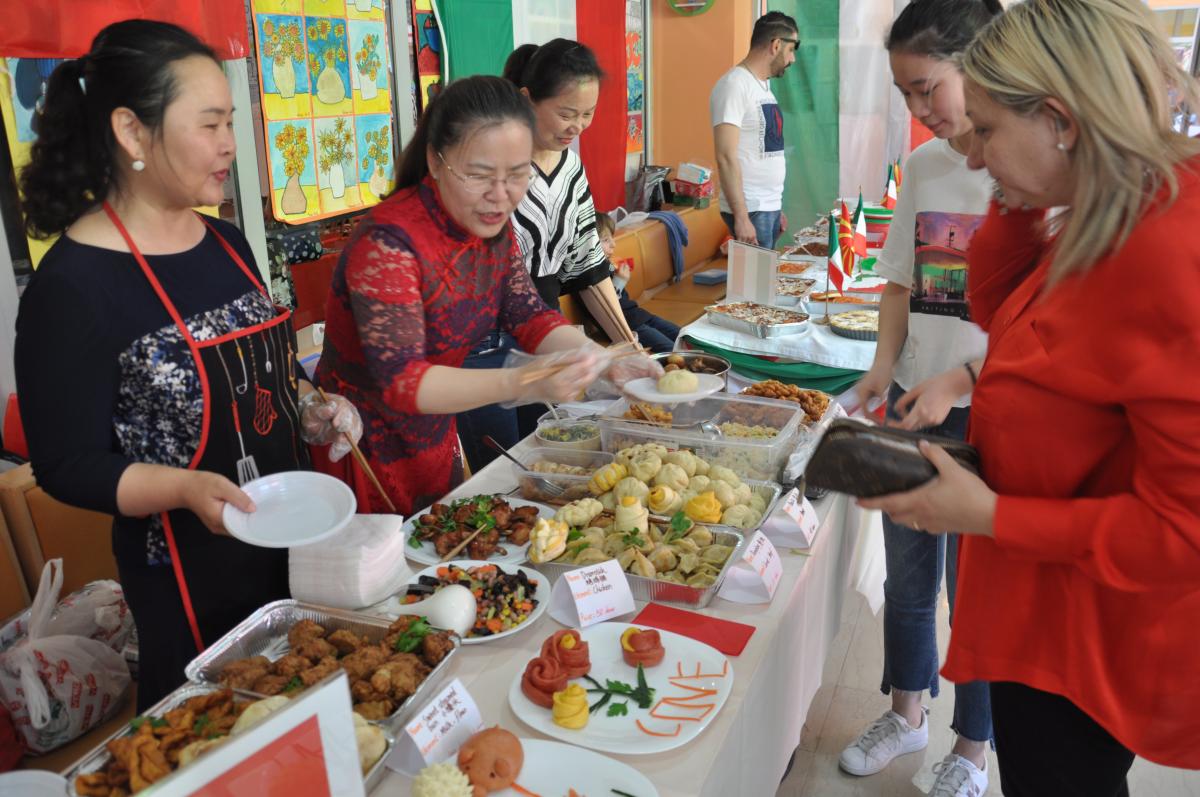 On May 11th, Prof.Liao, teacher Guo Xiaofang and Zhang Lijie attended Family Bazaar held at Nova International School on behalf of CI, along with Mrs. Liao, Liao Xinran and Xu Jiali to form a Chinese delegation. They prepared a variety of Chinese cuisine to raise money for charity.

The delegations from all over the world arrived at the food and handicraft booths one after another. In order to display the characteristics of Chinese cuisine, Ms. Zhang and Ms. Guo not only prepared traditional food such as buns, dumplings, sweet little steamed buns, fried cakes, fried forks, vegetable balls and assorted vegetables, but also prepared paper-cut works of Beijing Opera Mask and Zodiac, bookmarks of calligraphy and Chinese painting. Teacher Wu Yingjuan also provided Chinese knot bracelets. Ms. Yang made delicious marinated eggs, stewed Chicken wings and small potatoes, Chengdu specialty rice, traditional snacks like fried twists, fried chicken wings and so on. These food and handicrafts have attracted parents and students come to buy and taste.

Delegations from other countries such as Italy, Turkey, Ukraine and Macedonia also attended this event. At 14:30, the event has come to an end, and all the delegations were leaving the stage to exchange and share food. Through this event, representatives of other countries, parents and students of Nova International School got the chance to taste Chinese food and experience traditional Chinese handicrafts. Our Chinese representatives also tasted the cuisines from other countries. It is truly a grand feast for cultural exchange.

At 15:00, with the singing and dancing performances of the off-site students, the delegations donated the sale for charity.CI also donated more than 10,000 dinars gained from the event to care for children with special needs.