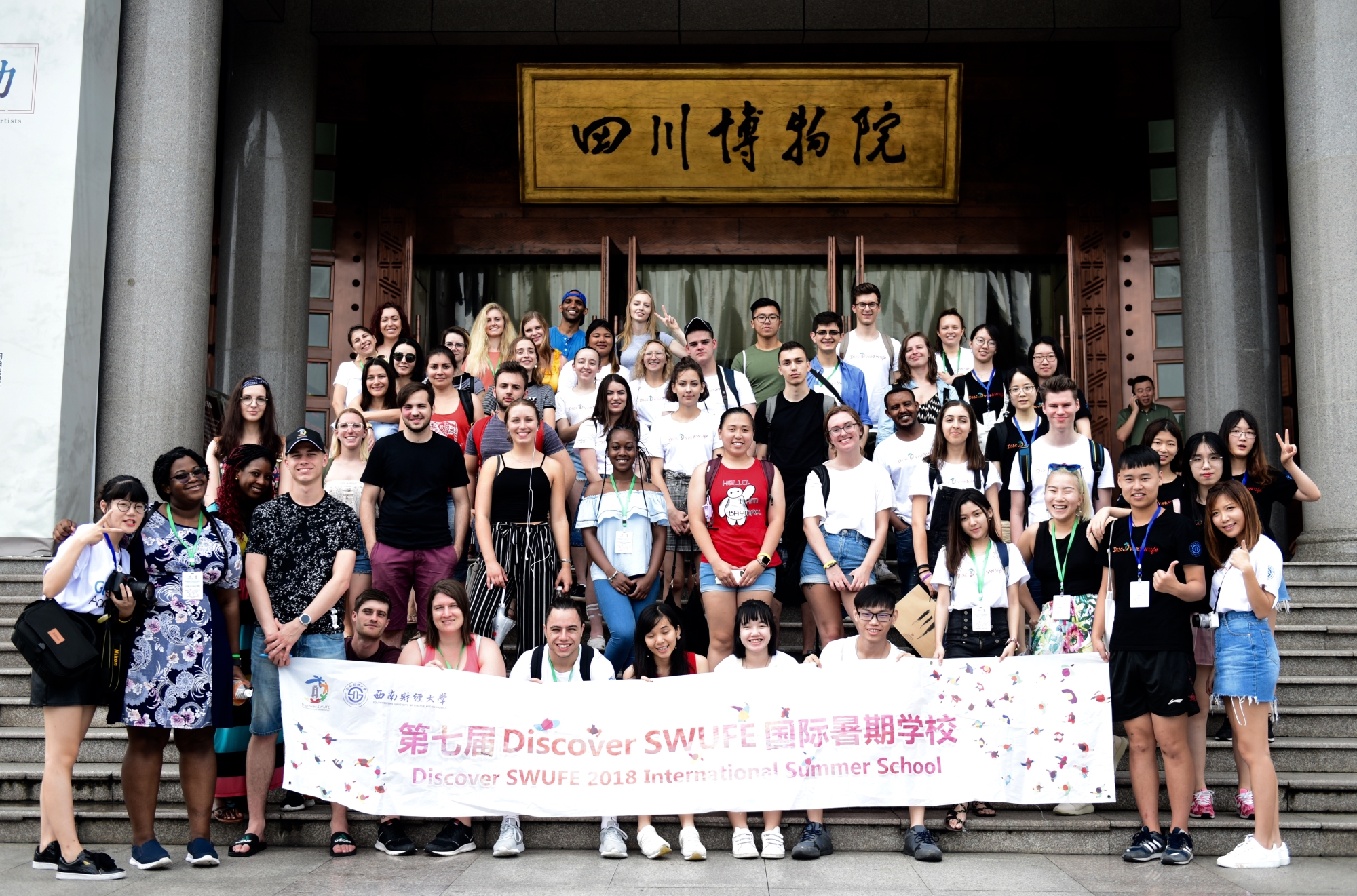 On July 2, 13 students from the Confucius Institute at Ss. Cyril and Methodius University arrived in Chengdu under the leadership of teacher Zhao Jin to participate in the DISCOVER SWUFE Academic Summer Camp of Southwestern University of Finance and Economics. The two-week event attracted 338 international students from 65 universities in 47 countries and regions, including the University of California at Berkeley, Texas A&M University, the University of Queensland, the Moscow State University, and the Rotterdam School of Management in the Netherlands.

At the opening ceremony, the performance prepared by Southwestern University of Finance and Economics were well received. President Zhuo Zhi expressed warm welcome to teachers and students from all over the world. The opening ceremony came to an end through the Chinese song Chengdu sang together by all students from China and abroad.

During the summer camp, 30 foreign experts from the world’s leading universities such as the Australian National University and New York University opened about 40 courses and lectures. Southwestern University of Finance and Economics also offered Chinese classes and organized students to visit Sichuan Museum, Kuanzhai Alley, Panda Base, and enjoy Chinese cuisine such as hot pot.

Participants from the Confucius Institute took part in various activities with students from other countries and presented academic outcome in the form of group collaboration.

Students of the Confucius Institute at Ss. Cyril and Methodius University performed the Macedonian national dance Drunk Dance to show the unique culture of Macedonia. In the end, students of Beijing Foreign Studies University used 16 languages of Central and Eastern European countries, while students from other countries use Chinese, altogether they sang Friendship forever.

After the summer camp, the students said that they not only gained knowledge but also gained friendship, and hoped to have the opportunity to continue to learn Chinese language and culture in China.